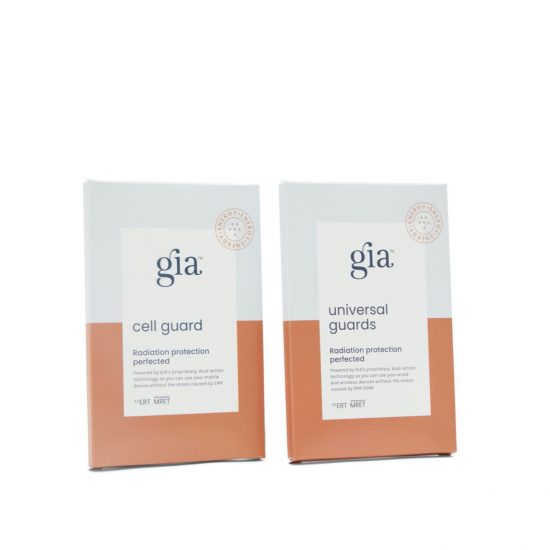 Our electronic and wireless devices have become a part of our daily lives, but their highly concerning effects do not have to be! Our device-specific energy products have been designed to help support your body’s natural resistance to the stress-related effects of electropollution (EMR) exposure, as well as reinforce your body’s resilience to energy disruptors by which we are constantly surrounded. Two of our most popular products in this category infused with our patented MRET Technology, are the Cell Guard “Sliver” and the Universal Guard.

The “Protection Pack” is the perfect starter pack for those wanting to address the energetic effects of the highly frequency-saturated world we live in today. Both the Universal Guard and the Cell Guard “Sliver” were designed to help support your body’s natural resistance to the stress-related effects of electropollution (EMR) exposure, as well as reinforce your body’s resilience to energy disruptors by which we are constantly surrounded. The Cell Guard “Sliver” has a one-year lifespan and due to its flat, decal-like shape, has been specifically designed for cell phones. The Universal Guard lasts three years and is designed specifically for electronic devices such as televisions, laptops, desktops, cordless phones, microwaves, and more. Enjoy!

Be the first to review “Protection Pack” Cancel reply